I decided to switch out my materials of cardboard for sheet metal to attempt a metal Mandalorian helmet.  I got some thicker sheet metal more around 18 gauge instead of 20 gauge and then traced out my templates on the metal. 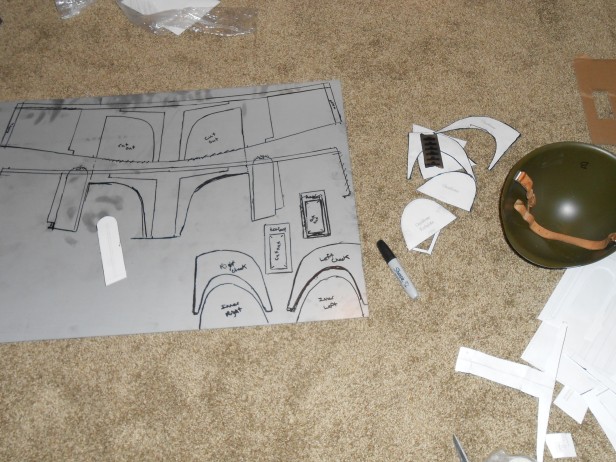 Various resources on the Mandalorian Mercs forum showed me how cool a metal helmet could look.  I also found that a military helmet worked really well, instead of trying to create the metal dome with the ‘finger’ templates. 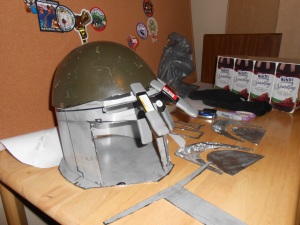 My initial built was to cut the visor out of the helmet first, this was a poor choice and didn’t work well.  I used JB Weld to get the shape of the cheeks in place. 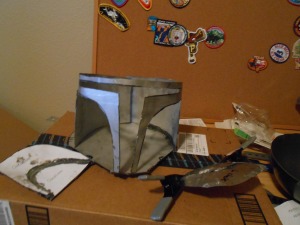 This is what it looked like with the dome in place.  When many failed attempts with the JB Weld didn’t work I resorted to a flux 90 amp welder from Harbor Freight.  I started with the existing wire that came with the welder (0.30 wire). 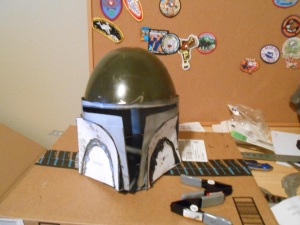 My beads were ugly to say the least.  I hadn’t touched a welder in over 10 years, back when I was in high school.  The wire wasn’t working well for me and as you can tell didn’t work so well with the helmet either. 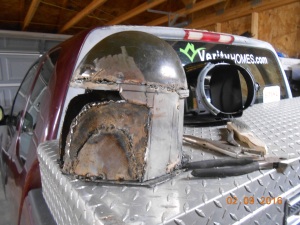 I got this far and then called it quits until I could produce more research on the subject and find a better way to get this helmet to work.

Several months later, I attempted another metal helmet build.  I had some practice making metal knee plates, which turned out pretty good.  I had acquired another military helmet and done more research on the forums & Facebook, particularly around Dresdon’s posts.  I also upped my wire feed to 0.35 wire and that seemed to work a whole lot better on this thin metal.  Yes, I know my tacts are still pretty ugly.

I learned that by brushing/grinding down the metal parts, especially the dome I was able to get a better contact with the welder.  The helmet was coming together better than my first attempt. 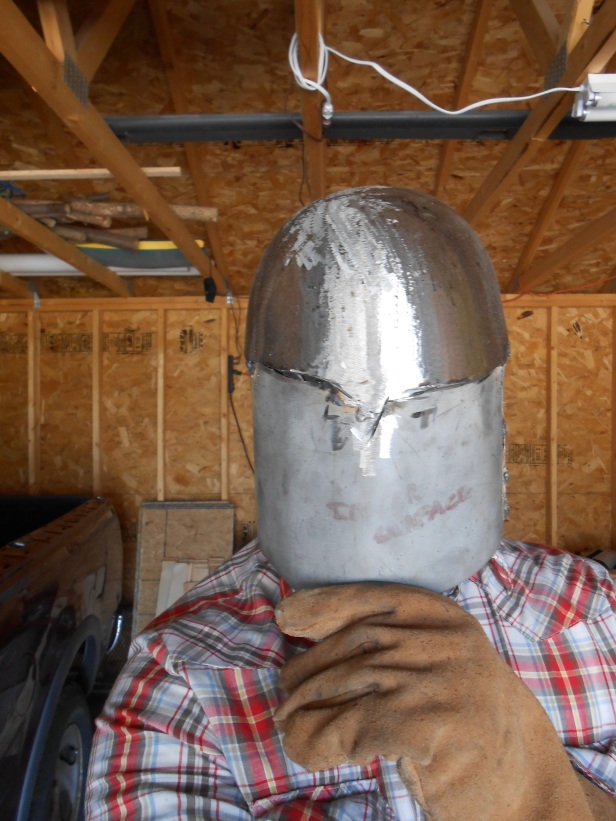 I followed the templates a little closer to what they say to do with a inner surface underlying the visor part and I didn’t cut the visor out this time.

After everything was in place, I then cut the visor out and started making my additions to the ear caps.  Components include inside of a pressurized paintball assembly, gear for a windshield wiper arm, some random part that looks kind of like an antenna on the right ear, a watch (which exploded when I welded it to the ear, good thing for safety glasses), and some misc plates here and there.  I weathered it with a little bit deeper scratches across the face. 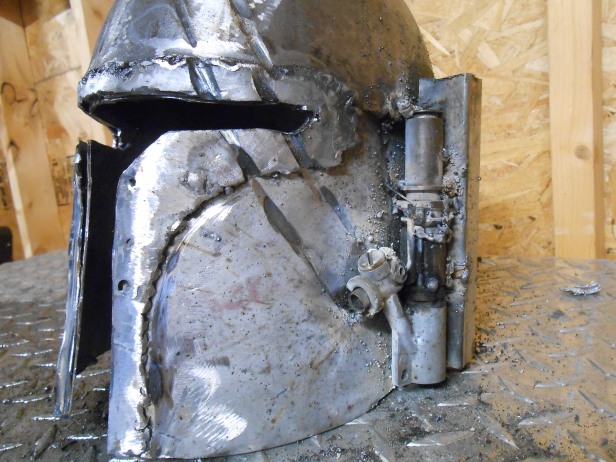 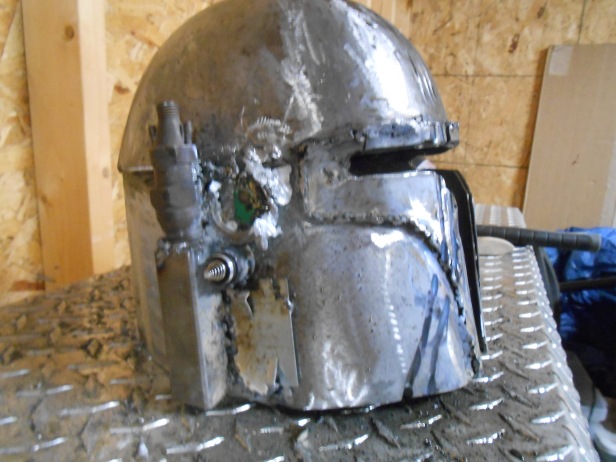 I painted it with my original colours (hunter orange and hunter green).  I also drilled some holes in the back for vents.  After the paint had dried over a few hours, I got the visor in there and added some acrylic touch up paints. 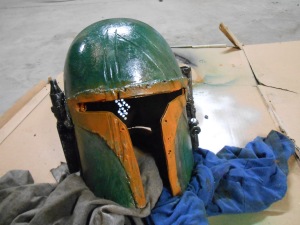 Rust, yellows, and lighter greens where added to give the weathered effect.  I left it along over night and brought it along with me to a troop the next day.  I also brought my approved bucket to wear most of the time. 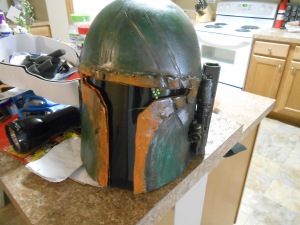 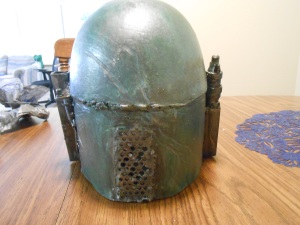 The helmet is a little shorter in the front and I would have to use a balaclava to keep my chin from showing.  Some work needs to be done in the cheeks to give it a more distinct look. 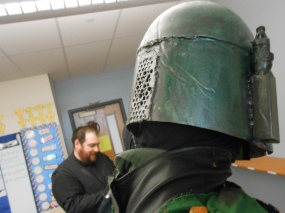 Not super good pictures below, but you can see a full body shot of my metal helmet with my kit (that left knee keeps twisting on me when trooping). 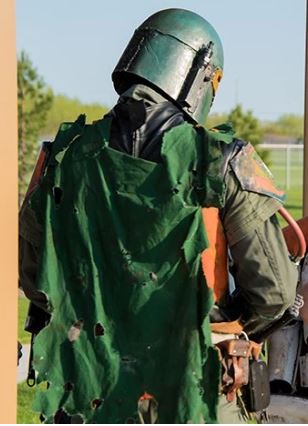 Overall it was a fun little project and when I have more motivation I’ll get in my garage and work on another one.  Practice makes perfect.

(Last 3 photos by Midwestern Scout Dustin White at May the 4th Be With You 5K in Bismarck, ND)

It was later donated to a fundraiser for as a silent auction item.  A 12 year old at the time kid won it and the money he got it for was donated to a good cause.

One thought on “Metal Mandalorian Helmet”