I started designing Kritika’s custom smuggler with a few quick sketches last November (2016).  I kept the basic idea of her boots and dual holsters from her Mandalorian kit.  Adding a sort of Dash Rendar look to her.  The biggest thing she wanted with her holsters was to match the rest of her kit, especially the brown boots.  Black holsters with brown boots was a no go. 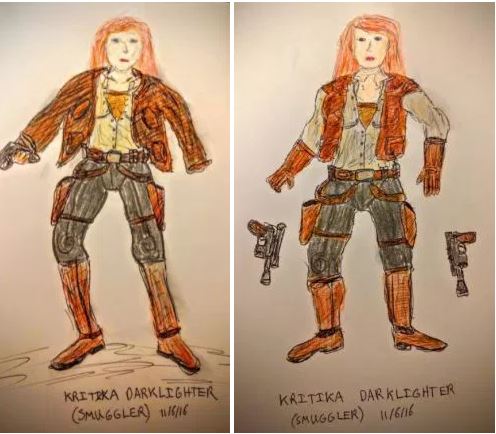 My wife, Malita (Mando Kritika) was told she should do a custom smuggler for TDE “The Dark Empire.”  This was after one especially long troop in her Mando armour.  The next troop she came as a OM handler and got a lot of compliments on her attire. 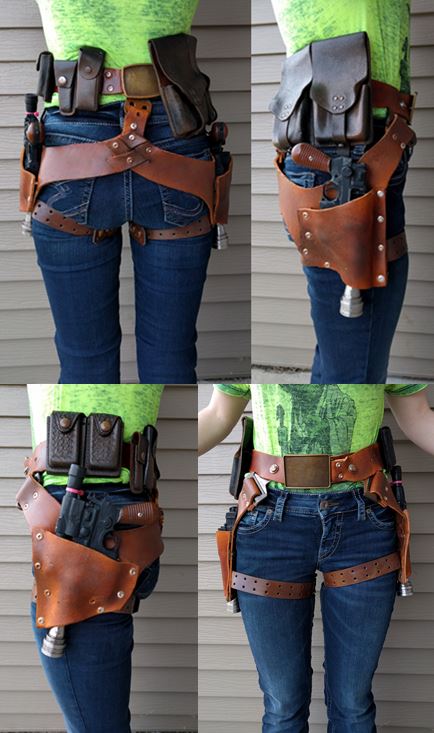 We both started looking into TDE and found that it is an official fourth club to the Star Wars costuming to account for Sith, custom Sith, pirates, smugglers, and non-mandalorian bounty hunters.  We both decided we’d like custom smuggler kits for ourselves and started with the leather holsters similar to Han Solo’s.  With Malita’s I kept her dual holster look and made it similar to my own single holster. 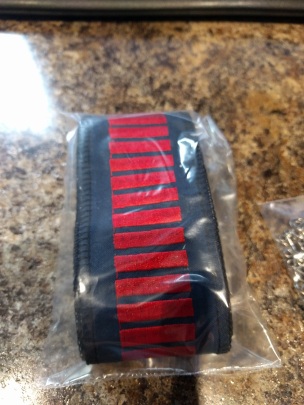 The background story is Malita met Karl Darklighter on her home planet Corellia.  She also like Karl earned her own Corellian first class blood stripes (red piping) while in the Corellian military.  Unlike her husband Karl who earned his second class stripes while in the Imperial Navy after the academy.

After Karl graduated the Academy and had served the Empire as a pilot in the Imperial Navy he moved back home for . . . shall we say a more subtle life.  He met Malita in a spaceport on the planet while she was recovering from an attackers melee knife wound vertically up her abdomen.  Karl had recently acquired a YT-1760 CEC (Corellian Engineering Corporation) small transport and had docked it in one of the outer docking bays.  Long story short, they got married.

Aboard the YT-1760 transport (nicked named “Saffron Kate” by Malita) she and Karl upgraded the small cargo hold with a better shield generator.  Their cargo could be anything from transporting high class folks to smuggling a load of illegal cargo. 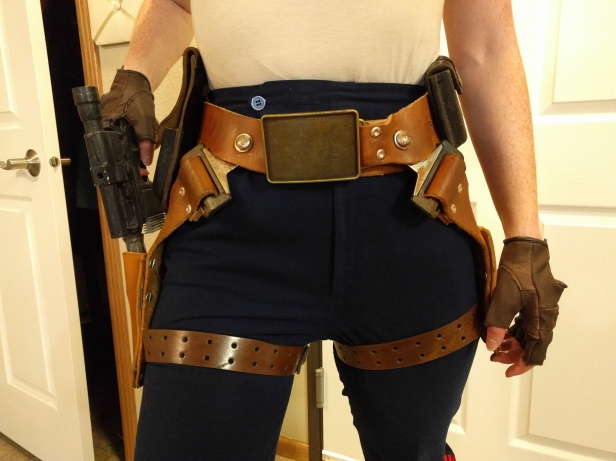 Like Karl, Malita usually carried two modified DL-44 sidearms.  She recently lost one in a fight and hopes Karl will make a stop near the BlasTech Industries on Corellia to obtain parts to build a new one.

The began the research of what to look like.  Malita wanted something casual to wear that wasn’t heavily armored and something she didn’t have to wear a helmet for.  A couple of metal code cylinders (chalk holders) were added to her leather jacket and the zipper tags were removed to fit the in universe look.

These code cylinders look similar to the ones Han Solo has on his leather jacket in TFA.  The jacket is both similar to Han’s in TFA and Mirax Terrik-Horn’s without the fur collar.

The gloves that Malita wears were inspired from Jyn Erso’s gloves in the movie Rogue One.  It gives a classic look that “I’m tough, don’t mess with me” and works very well with her overall kit. 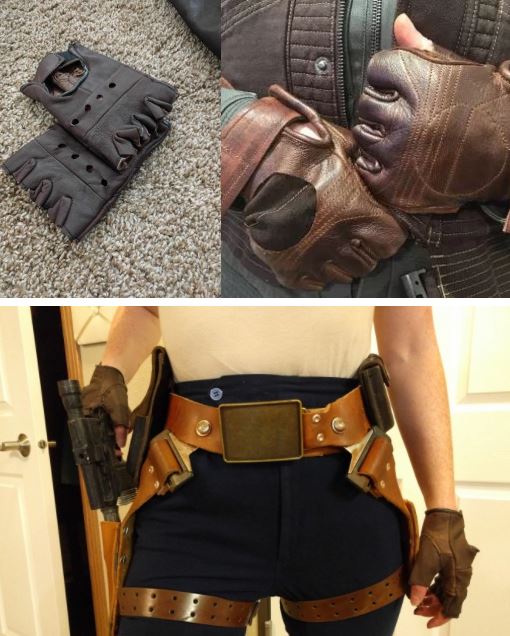 Malita’s piping got sewn on today and she was super excited to wear her pants with the rest of her kit.  She found these 1950s style pants at a thrift store, that make the hourglass figure when she wears them; with the appearance of a slim waist.  They were the perfect color navy blue to match the red piping on navy that we got online.

The shirt was chosen after a shirt Mirax Terrik Horn wears in the reference images (as seen below).  Not a typical blouse or collar shirt, closer to a t-shirt in appearance.  Malita chose a cream/tan color instead of white, because it looks more rugged.

The era of her kit is between Episode III and Episode IV, but before R1.  The feeling of her kit doesn’t fit in SWTOR time period.  Although the name Malita does come from this time period.  The only similarities is in the name, skin color, eye color, and hair color.

The clothing closely resembles the attire that Han Solo wears, but with a leather jacket instead of a vest.  We couldn’t find a vest that made her look slim, so she uses a jacket instead.

Way more comfortable than her Mandalorian kit and the little girls will be able to tell that she is a girl Star Wars person, instead of a . . . robot or something else.